The Trouble With Too Much Board Oversight 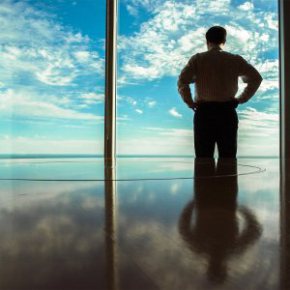 New research suggests that the most favorable conditions for innovation occur when boards do not monitor the CEO intensely but focus on strategic advising.

The high-profile scandals of the late 1990s have transformed the corporate governance landscape. One of the most notable effects has been increased oversight duties of independent directors. For example, in the United States, under the Sarbanes-Oxley Act of 2002, a public company’s audit committee is now responsible for appointing, compensating and overseeing the work of the external auditors as well as maintaining procedures for whistle-blower protection. The committee itself must be made up entirely of independent directors. Moreover, under rules set by the U.S. stock exchanges, independent directors are supposed to have similar sway over compensation and nominating committees.

These mandates have had substantial effects on corporate boards. First, they have dramatically increased the workload of directors serving on audit, compensation and nominating committees. In a sample of 40 randomly selected Standard & Poor’s 500 companies, these committees held a combined average of 12 meetings in 2000. By comparison, in 2011 those committees met an average of 19 times. In addition, the number of independent directors serving on multiple committees has expanded greatly. In 2000, the percentage of S&P 1500 companies in which a majority of independent directors served on at least two monitoring committees was 48%. That percentage increased to 65% in 2004 before settling at 61% in 2011.

The Benefits of Oversight

The goal of board oversight is to ensure that executives manage their companies in the best interests of shareholders in light of the fact that CEOs and other top executives typically own only a minuscule percentage of their companies’ shares. Effective board oversight can help to achieve this goal by reducing the opportunities for managers to pursue their self-interests at the expense of shareholders. Since board oversight has many facets, we focused on three distinct aspects of oversight responsibility: design and implementation of suitable executive compensation packages; removal of underperforming CEOs; and disclosure of earnings that reflect the company’s true financial conditions. We found that boards were able to perform these functions most effectively when they devoted significant resources to managerial oversight. In particular, companies whose boards monitored intensely (defined as those at which a majority of independent directors served concurrently on at least two of the three monitoring committees) were more likely to compensate CEOs fairly in relation to their performance and other company characteristics (such as size, growth opportunities and risk), as opposed to compensating excessively. Such companies were also significantly more likely to dismiss their CEOs when they underperformed relative to peers and less likely to manipulate reported earnings. In sum, board oversight improved when independent directors devoted the time and resources envisaged by the new regulatory regime.

The Downsides of Intense Monitoring

However, oversight of management is just one of a board’s functions. Directors are also expected to participate in strategy formation and helping management create value. Their role in strategic advising is highlighted in a recent report by the New York Stock Exchange Corporate Governance Commission, which identified value creation as the leading principle of corporate governance. In a survey that followed the introduction of the Sarbanes-Oxley Act, directors pointed to this strategic role, speaking of “their desire to move beyond their ‘compliance’ (monitoring) role to a more ‘value-added’ (strategic) role.”

Although it is true that monitoring performance helps independent directors provide input into strategic decisions, it can also be distracting. Outside directors have limited time; the additional time they devote to oversight can reduce their time available for advising. Heidrick & Struggles International Inc., a leading executive search firm based in Chicago, reported that 84% of directors of the 2,000 largest publicly traded companies in the United States agreed that “they are now spending more time on monitoring and less on strategy”; a survey by PricewaterhouseCoopers LLP, the large professional services firm, found that 75% of directors wanted to devote more time to strategy discussions.

Intense monitoring can also strain relationships between directors and top management. Governance scholars have argued that CEOs will shy away from interacting and communicating with boards that are too involved in monitoring. Recent survey evidence supports this view: Independent directors received less strategic information from management if such directors devoted significant time to oversight duties. Increased focus on oversight can also color the CEO’s perception of board support, which can undermine his or her eagerness to commit to risky but value-enhancing ventures such as corporate innovation.

We evaluated the impact of intense board oversight on the quality of board advising by examining events and decisions in which board support and the input of independent directors can make a difference. (See “About the Research.”) First, we looked at investments in corporate innovation because such investments are risky and require boards to be tolerant of experimentation and potentially costly failures. We found that the most favorable conditions for innovation occurred when the board did not monitor the CEO intensely but focused on strategic advising, thereby encouraging the CEO to pursue valuable but high-risk innovation projects. Conversely, corporate innovation suffered when the board monitored intensely. Companies with such boards invested less in R&D, received fewer patents overall and received fewer influential patents as measured by the frequency of citations of the patents they received. Moreover, we found that companies in which directors were more focused on oversight had poorer short- and long-run acquisition performance.