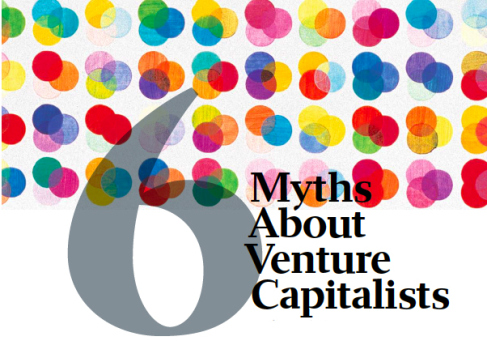 Steve Jobs, Mark Zuckerberg, Sergey Brin: We celebrate these entrepreneurs for their successes, and often equally extol the venture capitalists who backed their start-ups and share in their glory. Well-known VC firms such as Kleiner Perkins and

Sequoia have cultivated a branded mystique around their ability to find and finance the most successful young companies. Forbes identifies the top individual VCs on its Midas List, implicitly crediting them with a mythical magic touch for investing. The story of venture capital appears to be a compelling narrative of bold investments and excess returns.

The reality looks very different. Behind the anecdotes about Apple, Facebook, and Google are numbers showing that many more venture-backed start-ups fail than succeed. And VCs themselves aren’t much better at generating returns. For more than a decade the stock markets have outperformed most of them, and since 1999 VC funds on average have barely broken even.

The VC industry wouldn’t exist without entrepreneurs, yet entrepreneurs often feel as if they’re in the backseat when it comes to dealing with VCs. For someone who’s starting (or thinking of starting) a company, the myths surrounding venture capital can be powerful. In this article I will challenge some common ones in order to help company founders develop a more realistic sense of the industry and what it offers.

Venture Capital Is the

Venture capital financing is the exception, not the norm, among start-ups. Historically, only a tiny

percentage (fewer than 1%) of U.S. companies have raised capital from VCs. And the industry is contracting: After peaking in the late 1990s, the number of active VC firms fell from 744 to 526 in the decade 2001–2011, and the amount of venture capital raised was just under $19 billion in 2011, down from $39 billion in 2001, according to the National Venture Capital Association (NVCA).

But less venture capital doesn’t mean less startup capital. Non-VC sources of financing are growing rapidly and giving entrepreneurs many more choices than in the past. Angel investors—affluent individuals who invest smaller amounts of capital at an earlier stage than VCs do—fund more than 16 times as many companies as VCs do, and their share is growing. In 2011 angels invested more than $22 billion in approximately 65,000 companies, whereas venture capitalists invested about $28 billion in about 3,700 companies. AngelList, an online platform that connects start-ups with angel capital, is one example of the enormous growth in angel financing. Since it launched, in 2010, more than 2,000 companies have raised capital using the platform, and start-ups now raise more than $10 million a month there. (Disclosure: The Kauffman Foundation is an investor in AngelList.)

amounts of capital from large numbers of people in exchange for nonequity rewards such as products from the newly funded company. Kickstarter reports that more than 18,000 projects raised nearly $320 million through its platform in 2012—triple the amount raised in 2011. Passage of the JOBS (Jump start Our Business Startups) Act last year promises to support even faster growth by allowing crowdfunders to invest in exchange for equity and by expanding the pool of investors who can participate.

When They Invest in Your Start-Up

VCs are often portrayed as risk takers who back bold new ideas. True, they take a lot of risk with their investors’ capital—but very little with their own. In most VC funds the partners’ own money accounts for just 1% of the total. The industry’s revenue model, long investment cycle, and lack of visible performance data make VCs less accountable for their performance than most other professional investors. If a VC firm invests in your start-up, it will be rooting for you to succeed. But it will probably do just fine financially even if you fail.

Why? Because the standard VC fund charges an annual fee of 2% on committed capital over the life of the fund—usually 10 years—plus a percentage of the profits when firms successfully exit, usually by being acquired or going public. So a firm that raised a $1 billion fund and charged a 2% fee would receive a fixed fee stream of $20 million a year to cover expenses and compensation. VC firms raise new funds about every three or four years, so let’s say that three years into the first fund, the firm raised a second $1 billion fund. That would generate an additional $20 million in fees, for a total of $40 million annually. These cumulative and guaranteed management fees insulate VC partners from poor returns because much of their compensation comes from fees.

Many partners take home compensation in the seven figures regardless of the fund’s investment performance. Most entrepreneurs have no such safety net. Other investment professionals often face far greater performance pressure. Consider mutual fund managers, whose fund performance is reported daily, whose investors can withdraw money at any time, and who are often replaced for underperformance.

VC performance is ultimately judged at the end of a fund’s 10-year life, so venture capitalists are free from the level of accountability that’s common in other investment realms. They take on less personal risk than angel investors or crowdfunders, who use their own capital. And all investors take fewer risks than most entrepreneurs, who put much of their net worth and all of their earning capacity into their start-ups.

A common VC pitch to entrepreneurs is that the firm brings much more than money to the table: It offers experience, operational and industry expertise, a broad network of relevant contacts, a range of services for start-ups, and a strong track record of successful investing.

In some cases those nonmonetary resources really are valuable. But VCs vary tremendously both as firms and as individuals in how much effort they put into advising and assisting portfolio companies.

Among those who do mentor their CEOs, ability and the quality of advice can differ widely. There are no solid data about the industry’s delivery on this mentoring promise. But if you asked the CEOs of 100 VC-funded companies how helpful their VCs are, some would say they’re fabulous, some would say they’re active but not a huge help, and some would say they do little beyond writing checks. This last group isn’t necessarily bad, of course: Some CEOs may be happy to skip the mentoring and just take the cash. But for founders who have bought into the idea that VCs provide lots of value-added help, it can be a source of great disappointment.

The best way to determine whether a VC firm or partner brings resources other than capital to the table is to conduct your own due diligence, just as you’d do a thorough reference check on a key hire.

Talk with the CEOs of the firm’s other portfolio companies and ask if the partner is accessible, how much he or she adds to boardroom discussion, and whether the CEO has received constructive help in dealing with company problems. Ask about resources the firm offers PR, recruiting, and so forth and whether those have been useful.

Some questions you should ask the VC firm directly, such as: Whom does it intend to put on your board? Is the person a partner or an associate? Does the person have any experience (or any other portfolio companies) in your industry? On how many other boards does he or she serve? Asking such questions may seem like common sense, but it’s shocking how few company founders actually make the necessary calls before signing up for a long-term relationship with a VC. If part of what makes a firm attractive is that it offers expertise, mentoring, and services, the entrepreneur needs to confirm that both the firm and the partner have a track record of delivering them.

Last year my colleagues at the Kauffman Foundation and I published a widely read report, “We Have Met the Enemy…and He Is Us,” about the venture capital industry and its returns. We found that the overall performance of the industry is poor. VC funds haven’t significantly outperformed the public markets since the late 1990s, and since 1997 less cash has been returned to VC investors than they have invested.

A tiny group of top-performing firms do generate great “venture rates of return”: at least twice the capital invested, net of fees. We don’t know definitively which firms are in that group, because performance data are not generally available and are not consistently reported. The average fund, however, breaks even or loses money.

We analyzed the Kauffman Foundation’s experience investing in nearly 100 VC funds over 20 years. We found that only 20 of our funds outperformed the markets by the 3% to 5% annually that we expect to compensate us for the fees and illiquidity we incur by investing in private rather than public equity.

Even worse, 62 of our 100 funds failed to beat the returns available from a small-cap public index. Venture capital investments are generally perceived as high-risk and high-reward. The data in our report reveal that although investors in VC take on high fees, illiquidity, and risk, they rarely reap the reward of high returns. Entrepreneurs who are distressed when VCs decline to fund their ventures need only review the performance data to see that VCs as a group have no Midas touch for investing.

In VC , Bigger Is Better

Venture capital in the United States began as a cottage industry, notable in the early years for investments in companies such as Intel, Microsoft, and Apple. In 1990, 100 VC firms were actively investing, with slightly less than $30 billion under management, according to the NVCA. During that era venture capital generated strong, above-market returns, and performance by any measure was good. What happened? During the peak of the internet boom, in 2000, the number of active firms grew to more than 1,000, and assets under management exceeded $220 billion. VC didn’t scale well. As in most asset classes, when the money flooded in, returns fell, and venture capital has not yet recovered. The number of firms and the amount of capital have declined since the boom, though they are both still far above the levels of the early and middle 1990s.

What’s true for the industry is also true for individual funds: Bigger isn’t better. Company founders often feel that signing a deal with a large VC firm lends cachet, just as MBA students may get special pleasure from being offered a job by a big, well known employer. But industry and academic studies show that fund performance declines as fund size increases above $250 million. We found that the VC funds larger than $400 million in Kauffman’s portfolio generally failed to provide attractive returns: Just four out of 30 outperformed a publicly traded smallcap

Venture capital financing is the exception, not the norm, among start-ups.

It’s ironic that VC firms position themselves as supporters, financers, and even instigators of innovation, yet the industry itself has been devoid of innovation for the past 20 years. Venture capital has seen plenty of changes over time more funds, more money, bigger funds, declining returns but funds are structured, capital is raised, and partners are paid just as they were two decades ago. Any innovation in financing start-ups, such as crowd funding and platforms like AngelList and SecondMarket, has come from outside the VC industry.

The story of venture capital is changing. Entrepreneurs have more choices for financing their companies, shifting the historical balance of power that has too long tilted too far toward VCs. Entrepreneurs will enjoy a different view as they move from the backseat into the driver’s seat in negotiating with VCs. An emerging group of “VC 2.0” firms are going back to raising small funds and focusing on generating great returns rather than large fees. And the industry’s persistent underperformance is finally causing institutional investors to think twice before investing in venture capital. As a result, VCs will continue to play a significant, but most likely smaller, role in channeling capital to disruptive start-ups.